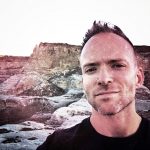 Ryan Donovan is a Ph.D. candidate at The Graduate Center/CUNY. His dissertation, “Broadway Bodies: Casting Disability and Difference in Broadway Musicals since A Chorus Line,” explores how Broadway musicals since A Chorus Line have integrated stigmatized and non-normative bodies through four categories: disabled bodies, fat bodies, “freak”-ish bodies, and gay bodies. This project is generously supported by a dissertation year fellowship from The Graduate Center/CUNY.

His research interests currently center on intersections of dance history, disability studies, and musical theatre studies. Along with co-editor Joanna Dee Das, Ryan will be guest editing a special issue of Studies in Musical Theatre on dance and musical theatre–the first such academic journal devoted solely to dance in musicals.

Ryan has published on Agnes de Mille in Studies in Musical Theatre and has a chapter on Bob Fosse’s television commercials in the forthcoming Routledge Companion to the Post-1970s Musical. He has taught at Baruch College/CUNY and at Hunter College/CUNY. He regularly presents at academic conferences including the Association for Theatre in Higher Education (ATHE), the American Society for Theatre Research (ASTR), and Song, Stage and Screen.

Prior to deciding to pursue a Ph.D., Ryan was a professional dancer. Career highlights include the 50th-anniversary tour of West Side Story, staged by Alan Johnson and working at prominent regional theatres from Goodspeed to Theatre Under the Stars. He is a member of Actor’s Equity Association.

Need help with the Commons? Visit our
help page Send us a message

Built with WordPress | Protected by Akismet | Powered by CUNY